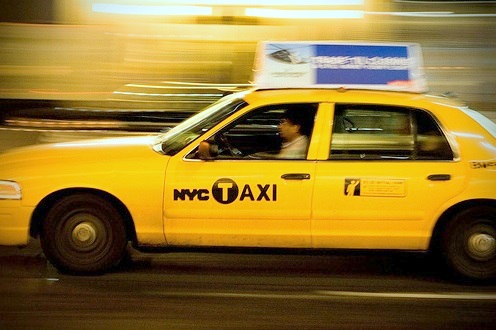 The babysitter was booked and the excitement had built for weeks. We had a party to attend in Williamsburg, Brooklyn. Old and dear friends would be there, the venue was a friend’s loft apartment, the charms of which we looked forward to reprising; nothing would stand in our way.

Why not take the Path into NYC this time, my husband and I thought, instead of driving all the way to Williamsburg as we did last year? This was one reason we had picked Montclair to live in after all, its proximity to the Big Apple, and the convenient commute. Besides, northern NJ was experiencing its first snowfall, mostly wet stuff, and we didn’t want to drive a rental car (ours had broken down a day earlier) with non-wintered tires all the way to Brooklyn.

Setting off, we drive to Hoboken and park right by the Path station. So far, so good. Perhaps our party finery, already introduced to mud and rain, had other thoughts. But optimism still ruled for us, we were doing a smart thing not to add to the traffic at the Holland Tunnel (incidentally there was none) and we wouldn’t need to hunt for a parking spot in unfamiliar territory.

At this point, we find out what happens when two people who rarely traverse the subway system get on the Path and think they’re headed for the WTC. They end up on the correct track on a train that’s not going to their destination. For the Path (of course) has different routes during weekends.

Off we hop two stations further from NY than we need to be, switch trains and voila, we arrive at the WTC within minutes. Painless if done right.

As we try to flag down a cab outside the WTC, other surprises lurk. NYC cabs are few and far between on a Saturday night. Then, there are the bold, line-jumping NYers. As we stand there gobsmacked, four people step out of the shadows, walk ahead of us and slip into a surprise gold rush of taxis. The last guy pauses to glance at us and say “What?” with an eyebrow-raised expression reminiscent of Larry David, and takes the last taxi in the row, after which supply completely dries up.

Iffy, shadowy limos slow down and beckon us into their murky depths, but, despite being soaked in slush head to foot, we hold our ground and determinedly stare ahead. We’d read enough about people getting into unregistered taxis on dark and stormy nights and winding up sans – at best – their wallets.

A good half hour later, the Chosen Cab (CC) arrives and we jump in lest we be beaten to the post again.

The driver says he’s lived in NYC 18 years and of course he knows Brooklyn; we just need to direct him as we get closer to the apartment building in Williamsburg. Fair enough, we think, even as I surreptitiously type our destination’s address into my iPhone’s GPS app.

As the cabbie makes several incorrect turns, we enquire if he’s familiar with our final destination.

Chastised, we settle back again, even as a tiny lump of panic stubbornly refuses to be swallowed.

“Um, we need Grand Avenue,” my husband tells him.

“No, it’s not,” says the spouse disagreeably, launching into a mini explanation.

“I can help you find Grand Ave with my GPS,” I offer helpfully.

“What, you’re talking again? Don’t talk to me!” CC shouts, as he completes his metamorphosis into the Cursed Cabbie.

“This is Grand Street, I drop you off here! Are you going to pay me? I think you won’t pay me!”

I glance at his cab-drivers’ ID – it’s upside down, hazy and there is a face there which doesn’t match the charming mien of CC. This doesn’t bode well, I think. Neither does CC’s driving, which is flinging me all over the back seat like a rag doll, with the belt on.

“Okay,” my husband says, “just let us off somewhere there are other cabs please.”

At this point, CC’s cab almost does a wheelie as he speeds ahead. Fearful of leaving our kids orphans, we beg him to stop. He does. We pay him and enter the dimly lit, slushy, still-raining world on Grand St.

As CC speeds off, I notice his license plate – 3M24. I fish around for my precious iPhone. It’s gone. Lost in the dark and grubby recesses of CC’s cab.

It was 9.45 p.m. and we had been attempting to get to this party since 7 p.m. As we contemplate the implications of CC finding my phone, discovering it wasn’t password-protected, and all the personal email, photos of children and contacts therein, our enthusiasm about getting to the party evaporates into the fog of the evening.

We walk off deflated, to commence our return journey, advanced by several hours. The inter-state commute in reverse is kinder to us, taking less than an hour. We pack off the babysitter, but are too sheepish to tell her we failed to make it to the party. Frantic phone calls ensue to AT&T to suspend my account (successful), followed by bids to wipe off data on the lost phone remotely via MobileMe (unsuccessful). Equally frenzied attempts follow, to change passwords for Gmail, Facebook, Twitter and Amazon.

Somewhere in that big city lies my phone, photos, emails and contacts. Shudder.